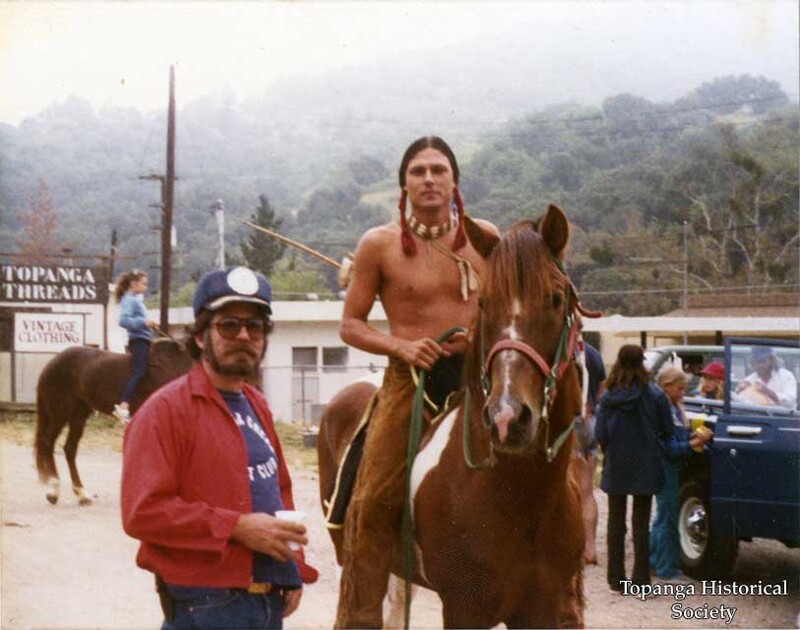 Don Hilston and Michael Horse in Pine Tree Circle. Don Hilston was a contractor who leased space in the Messenger office. Michael Horse was a jeweler who leased Jon Raymond's old studio, and an actor whose first roles were: as himself in the Topanga documentary In Hollywood's Backyard (1970s), and as Tonto in The Legend of the Lone Ranger (1981).

Materials in this collection may be protected by the U.S. Copyright Law (Title 17, U.S.C.). In addition, the reproduction of some materials may be restricted by terms of Topanga Historical Society gift or purchase agreements, donor restrictions, privacy and publicity rights, licensing and trademarks. Transmission or reproduction of materials protected by copyright beyond that allowed by fair use requires the written permission of the copyright owners. Works not in the public domain cannot be commercially exploited without permission of the copyright owner. Responsibility for any use rests exclusively with the user.